Posted by: AlpOcal in Technology Comments Off on myBBC offers new vision of digital future

Posted by: AlpOcal in Technology Comments Off on Mobile & tablet represent half of iPlayer requests 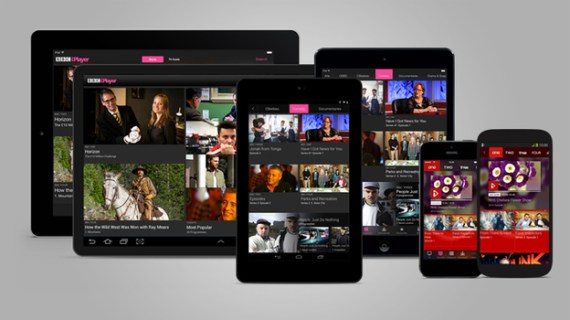 Mobile and tablet requests are now representing half of those to the BBC iPlayer. Read the story »

Posted by: AlpOcal in Technology Comments Off on Accengage: Six Percent of Users Respond to Push Notifications [Infographic] [feedly]

Accengage, which specializes in push notification technology for mobile apps, has released its Push Notification Performance Benchmark by Industry for iOS and Android. The data and accompanying infographic detail the performance of push notification campaigns in terms of opt-in and reaction rates, and offer tips for developers looking to increase their push notification engagement rates.

When looking at specific kinds of apps, those iOS apps in the “classifieds” category have the highest opt-in rate for push notifications, at 63 percent of users. These classifieds apps were followed by travel apps at 61 percent, and telecommunications and media apps, which tied for third at 49 percent.

Check out Accengage’s complete findings, as well as tips for improving push notification performance, below.

Posted by: AlpOcal in Technology Comments Off on ProSiebenSat.1 launches TV overlay ads via HbbTV Posted by: AlpOcal in Technology Comments Off on Start Early, Aim Low, Keep It Short: How to Run a Successful Kickstarter Campaign (Infographic)

While a whopping $1.4 billion has been pledged on Kickstarter since the crowdfunding platform’s inception in 2009, only 40 percent of projects have gone on to become fully funded.

To this end, small-business payroll service SurePayroll has compiled the following infographic about how to best attract Kickstarter funders and ultimately manage a winning campaign.

Entrepreneurs should start working six months prior to a campaign’s launch, for instance, and remember that brevity is the soul of wit: product explanations should be no longer than one-to-two sentences, videos should last no longer than three minutes, the total length of a campaign should never exceed 30 days and the financial ask should remain as low as possible.

And if you’re going to be asking for big bucks, be prepared to put in the time. A recent study found campaigns that have successfully raised $100,000 spent at least 200 hours in the preparation phase and an average of 136 hours in project management.

For these and other stats, check out the infographic below.

Tablets are popular devices for video viewing and have been for some time, but OTT streaming devices such as Apple TV and Chromecast have moved ahead in digital video monetization, reveals FreeWheel in its Q4 2014 Video Monetization Report [download page]. During the quarter, OTT devices accounted for 8% of ad views for professional, rights-managed […]